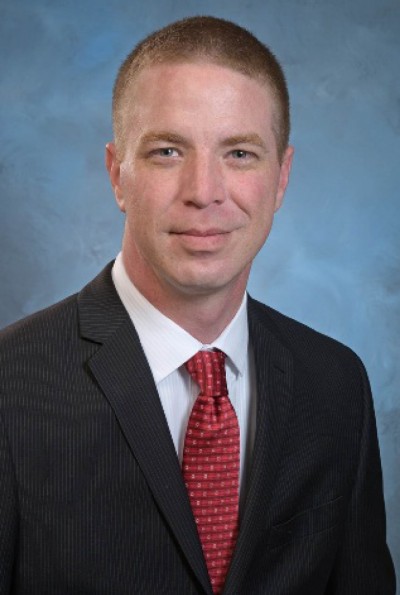 Bismarck, N.D. – Illinois native Roy Rickert has been named the Executive Director for Bis-Man Transit, and began working for the organization in early August.

Rickert takes over leadership of Bis-Man Transit following the retirement of Robin Werre earlier this year. Werre had served as the organization’s director for 25 years.

“I’m very excited to be joining the staff at Bis-Man Transit,” said Rickert. “Part of what enticed me about the position is how all of the components of transit – from the city, state and federal entities, right on through to the Transit Board and employees – are working together to achieve a bright future of the community’s transportation. I was very impressed with the people I met and what I saw from the organization when I visited in July. I’m excited to be part of this team.”

Rickert was selected from a pool of 32 individuals whose resumes were received from local, national and international applicants.

“Through the selection process, the entire committee felt Roy’s strengths and experiences were really in line with what we were looking for,” said Bis-Man Transit Interim Executive Director Al Wangler. “He brings an understanding of multiple levels of transit that you can only get from getting in and getting your hands dirty. By the time we went through a few rounds of interviews, we became very confident that he was going to be a tremendous asset to our system, and to the overall state of transit in our community.”

Rickert began his public transit career in 2002 with central Illinois’s Bloomington-Normal Public Transit System that was later rebranded as Connect Transit, as a Motor Coach Operator and shortly thereafter was elected the Union President. He was then promoted to Operations
Supervisor before accepting the Transit Operations Director position with that system. Working within a smaller system, Rickert has immersed himself in many aspects of public transit, with experience including customer service, budgeting, labor relations, contract negotiations, lobbying, procurement, ADA regulation, human resources, community outreach, route creation, scheduling, and grant writing. Over the last three years, Connect Transit has enjoyed a growth in ridership of 40 percent.

A 2009 graduate from Troy State University, Rickert received a Bachelor of Science in Criminal Justice with a minor in Business Administration. He has also attended a variety of transit-based
classes through the University of Wisconsin-Milwaukee, National Transit Institute and the Center for Performance Development. Active with the American Public Transportation Association (APTA), he graduated from the 2013 Leadership Class.

An outdoor enthusiast, Rickert enjoys camping, metal detecting, and most of all spending time with his family. He and his wife of 17 years, Nicole (Niki), have three children: Molly, Paulie and Elliot.

Bis-Man Transit, which includes the CAT (Bismarck-Mandan’s fixed route service), the door-to-door paratransit service, and the Jefferson Lines depot combined to provide more than 300,000
rides for members of the community in 2014.